Symposium The Psychology of Gossip - Cooperative and Competitive Functions

The symposium includes the following talks:

Gossip and Reputation in Everyday Life - presented by Terence D. Dores Cruz:
Gossip—a sender communicating to a receiver about an absent third party—is hypothesized to impact reputation formation, partner selection, and cooperation. Lab experiments have found that people gossip about others’ cooperativeness and that they use gossip to condition their cooperation. Here, we move beyond the lab and test several predictions from theories of indirect reciprocity and reputation-based partner selection about the content of everyday gossip and how people use it to update the reputation of others in their social network. In a Dutch community sample (N = 309), we sampled daily events in which people either sent or received gossip about a target over 10 days (ngossip = 5,284). Gossip senders frequently shared information about targets’ cooperativeness and did so in ways that minimize potential retaliation from targets. Receivers overwhelmingly believed gossip to be true and updated their evaluation of targets based on gossip. In turn, a positive shift in the evaluation of the target was associated with higher intentions to help them in future interactions, and with lower intentions to avoid them in the future. Thus, gossip is used in daily life to impact and update reputations in a way that enables partner selection and indirect reciprocity.

Competitive gossip: The impact of domain, resource value, resource scarcity, and coalitions - presented by Dr. Nicole H. Hess:
Because those with better reputations often obtain more resources than those with poorer reputations, gossip may be an evolved strategy for competing over valuable and scarce material and social resources. Influenced by models of nonhuman primate competition, we test the hypotheses that gossip (1) targets aspects of reputation relevant to the domain in which the competition is occurring, (2) increases when contested resources are more valuable, and (3) increases when resources are scarcer. We then test a hypothesis derived from informational warfare theory, which proposes that coalitions strategically collect, analyze, and disseminate gossip; specifically, we test whether (4) coalitions deter negative gossip. Using experimental methods in an Mturk sample (N=600), we found that gossip content is specific to the context of the competition; that more valuable and scarcer resources cause gossip, particularly negative gossip, to intensify; and that allies deter negative gossip and increase expectations of reputational harm to an adversary. These results support social competition theories of gossip.

Gossip and boredom: Investigating the entertainment function of gossip - presented by Dr. Meltem Yucel:
Humans are social animals; we are inherently interested in hearing about others. This need to gossip serves a multitude of evolutionary and social functions. Here we investigate whether gossip serves to entertain us and reduce boredom. In Study 1, we administered the 24-item Gossip Functions Questionnaire (Foster, 2004) to a nationally representative sample (N = 2060). Participants also reported how bored they felt that day. Bored people gossiped significantly more (r = .20). We also examined boredom’s relation to the four social functions of gossip: entertainment, friendship, influence, and information. We found that entertainment, friendship, and influence functions were significantly associated with boredom (r > .17). Interestingly, the information function of gossip was not associated with boredom. We then extended this work in another nationally representative sample (Study 2; target n = 2000), and experimentally manipulating gossip in an online experiment (Study 3; target n = 300). Together, these findings suggest that when people are bored, gossip may be used as an emotion regulation strategy rather than as a source of information.

What’s up with gossip on WhatsApp: The evolutionary psychology of gossip in the digital age - presented by Dr. Gordon P. D. Ingram:
In this paper I argue that the private messaging app, WhatsApp, is these days the most important medium for gossip, defined as covert talk about the social behavior of a third party. Most studies of social interactions online have focused on public or semi-public posts to Facebook, Twitter or Instagram, which are easier for researchers to access than private messages. However, WhatsApp – which has largely replaced text messaging in many countries – is arguably more frequently used than any other social network. Here, I propose several testable hypotheses, derived from evolutionary theory, that could be applied to investigations of gossip on WhatsApp. H1) Most gossip on WhatsApp is predicted to be neutral or positive in valence, with few gender differences. H2) People are more likely to use WhatsApp’s text feature than its voice note feature to spread negative gossip, since the latter would make them more identifiable if the message is forwarded. H3) People are also more likely to spread negative gossip in individual conversations than in group chats, since each person who sees the gossip is another person who could identify them. H4) All of these effects are likely moderated by age, with adult gossip being less negative – and more covert when it is negative – than adolescent gossip. I also propose a novel methodology to test these hypotheses, based on auto-evaluation of participants’ own messages, which gets around the privacy problems, as well as pilot data using that methodology (N = 50 participants, 10 conversations per participant) that supports H1. 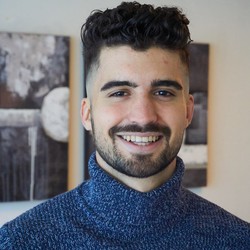